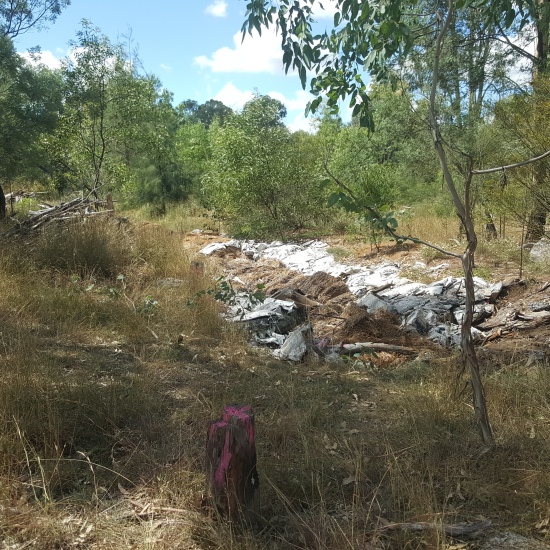 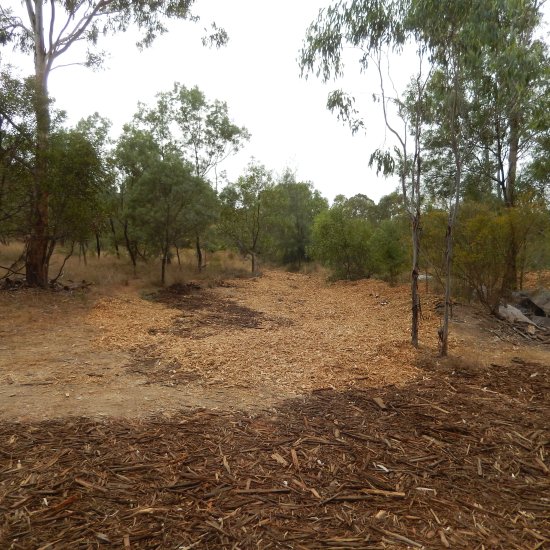 Duboisia spread over a swale

Above is the contrast between the swale at the beginning of the working bee’s to being covered with duboisia mulch.

Above is the contrast between original swale and same swale present day, April 2018 (photos of same swale taken from different directions).

Thank you to those of you who donate to God’s Way. We are grateful for your donations!

Thank you to the members and participants who worked on the swale lines and to those who took photographs during the day 9 of the Volunteer Selection Project.

Day 9 involved more work on road maintenance and preparing the swales to be filled with duboisia, wood chip and other matter. The activity involved finishing off the incomplete jobs from the previous working bee; flattening out existing matter in the swales; dismantling wood piles from the swale banks and adding them to the swale itself to be covered with matter and fill with water from the next rain event which will break down the matter more rapidly.

Information for day one of the working bee can be found at the following link:

In this post (day 9) you will find photographs of the swale lines and work involved to prepare them to be filled with matter.

Some of the swales 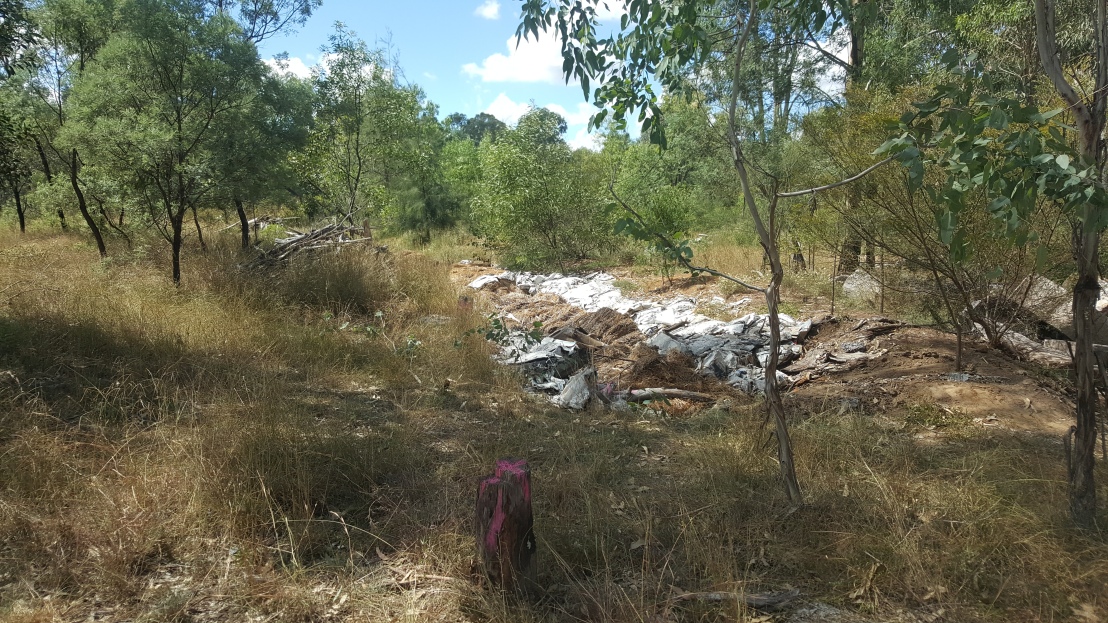 Putting the chopped branches from roadways into the swales

Collecting plastic from swales including sellotape from boxes, plastic that was mixed up in the cardboard or fruit and vegetable scraps. Plastic is a waste product that we have yet to find a sustainable solution to quickly break it down onsite.

Some plastic that was picked up from the trenches

Dismantling woodpiles and relocating them into the swales

Activity dismantle woodpiles involved removing hay from the swales, to be replaced once wood was placed into the swale. Making the matter in the swale flat. Laying cardboard flat, adding wood from woodpiles ensuring it is positioned so it doesn’t puncture vehicle tires. Replacing hay on the swales to cover the wood and cardboard.

Some of the woodpiles

Levering a large stump out of a swale (below)

Levering a large tree stump in a swale to relocate it

Levering a large tree stump in a swale to relocate it 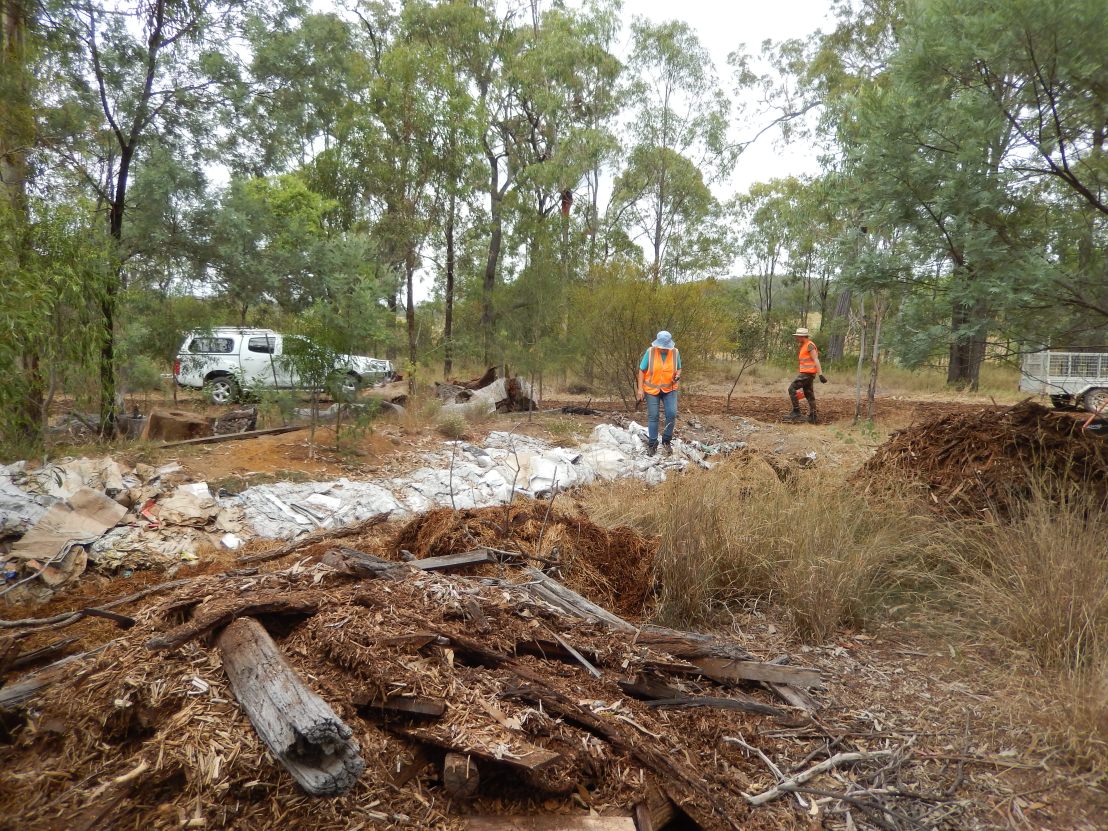 woodpiles to be dismantled 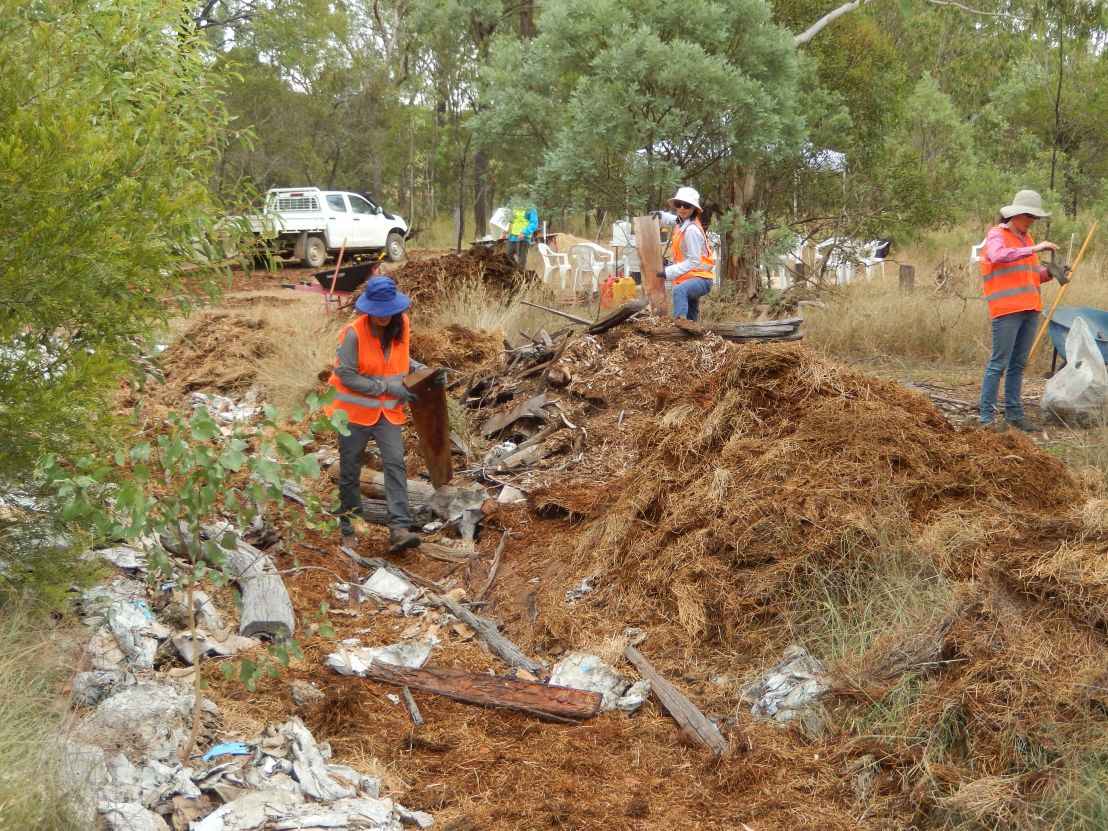 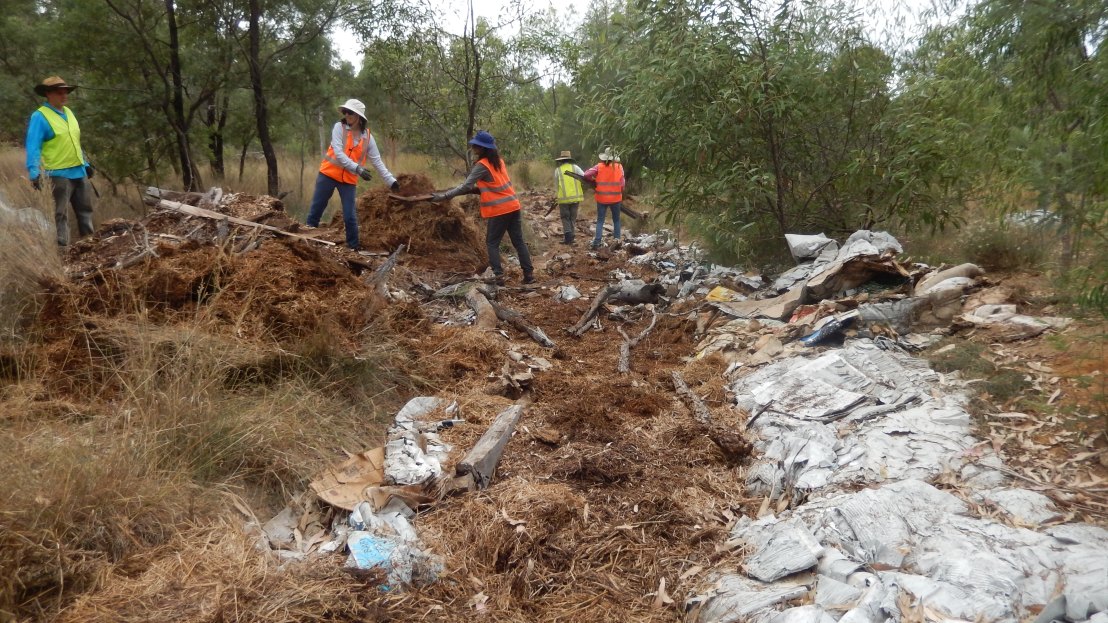 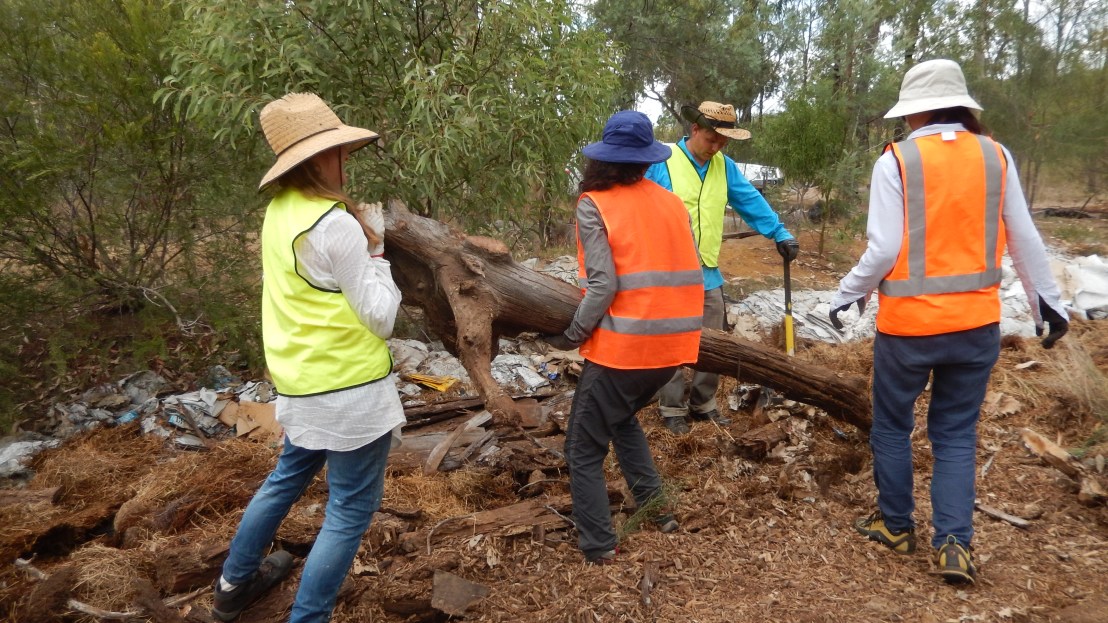 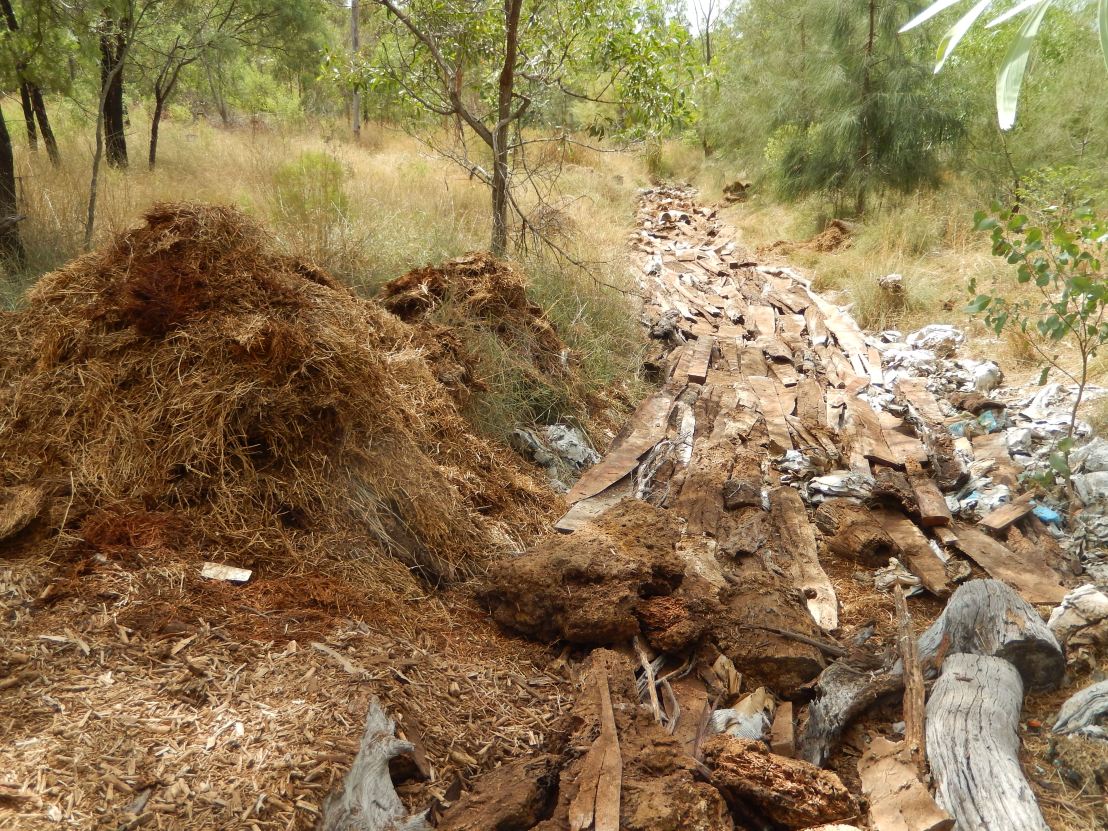 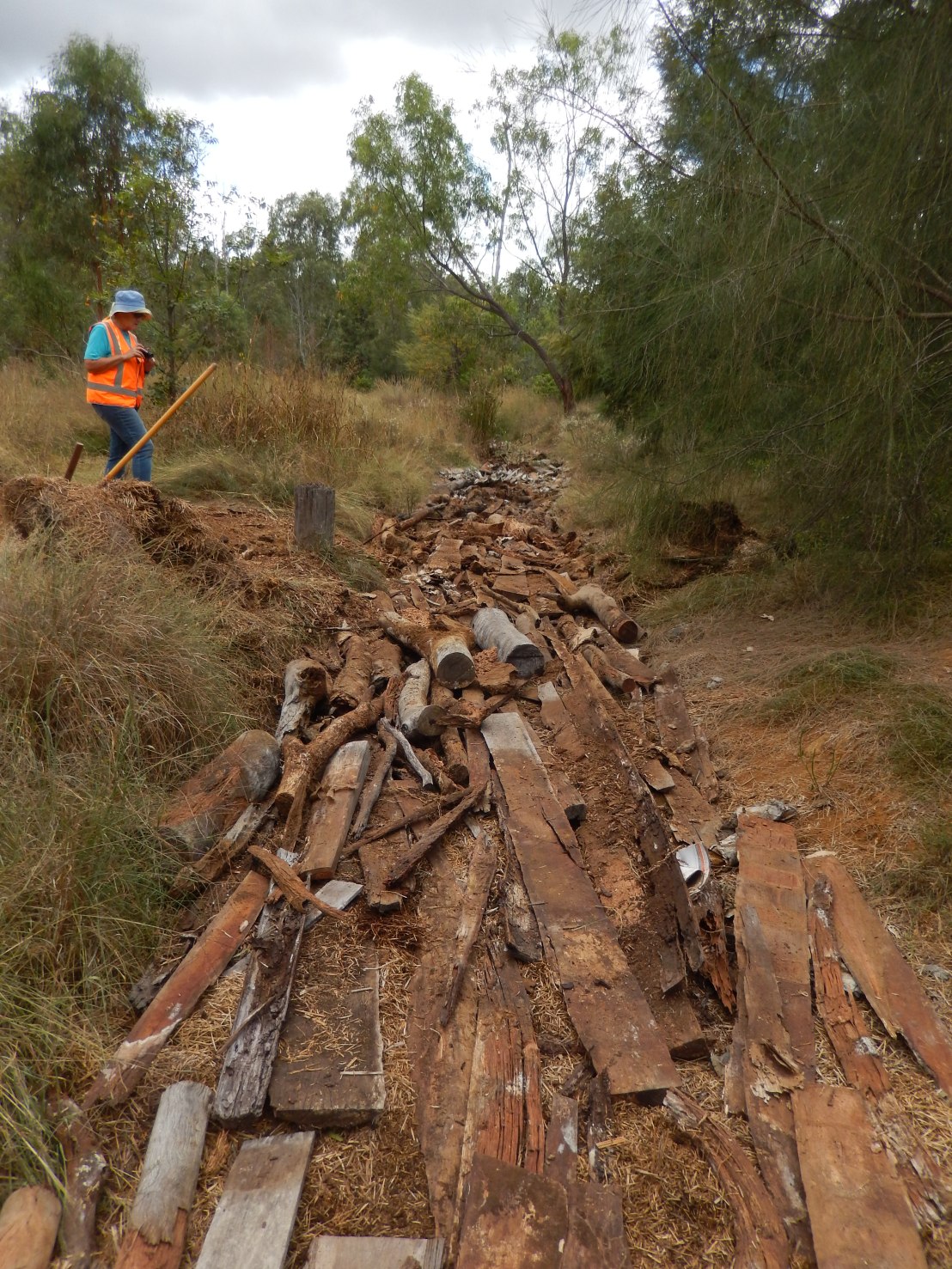 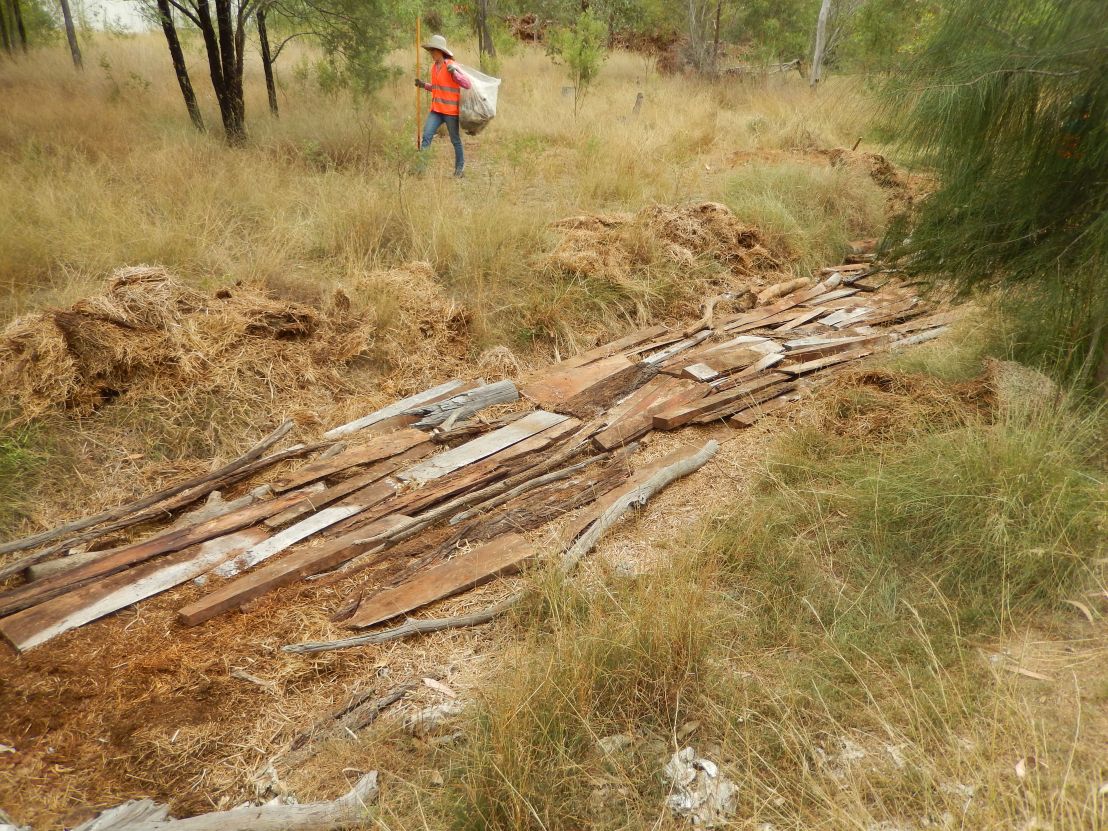 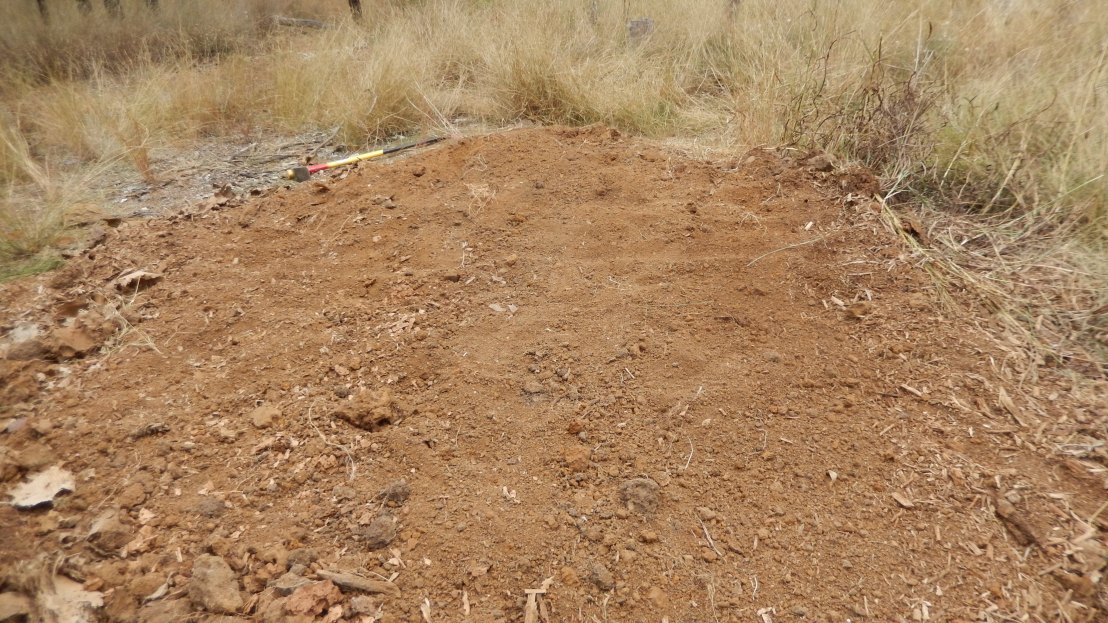 The earth left after a woodpile was dismantled. This was covered with hay. 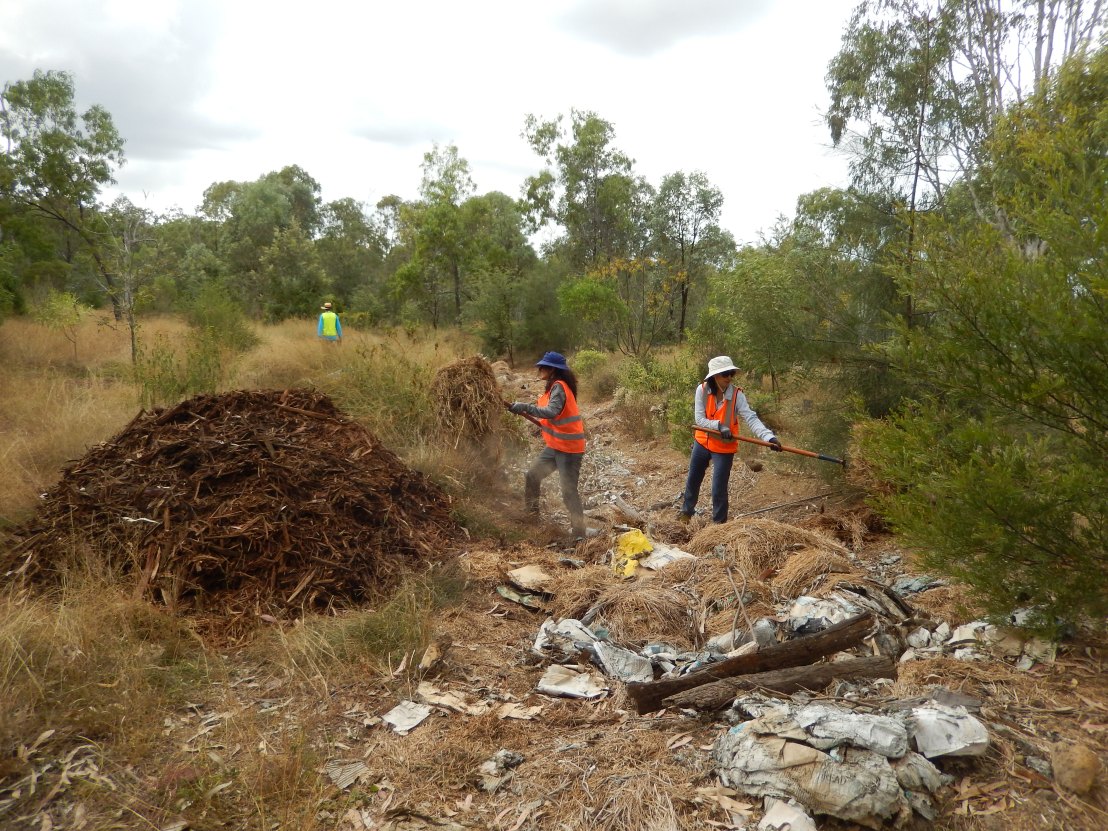 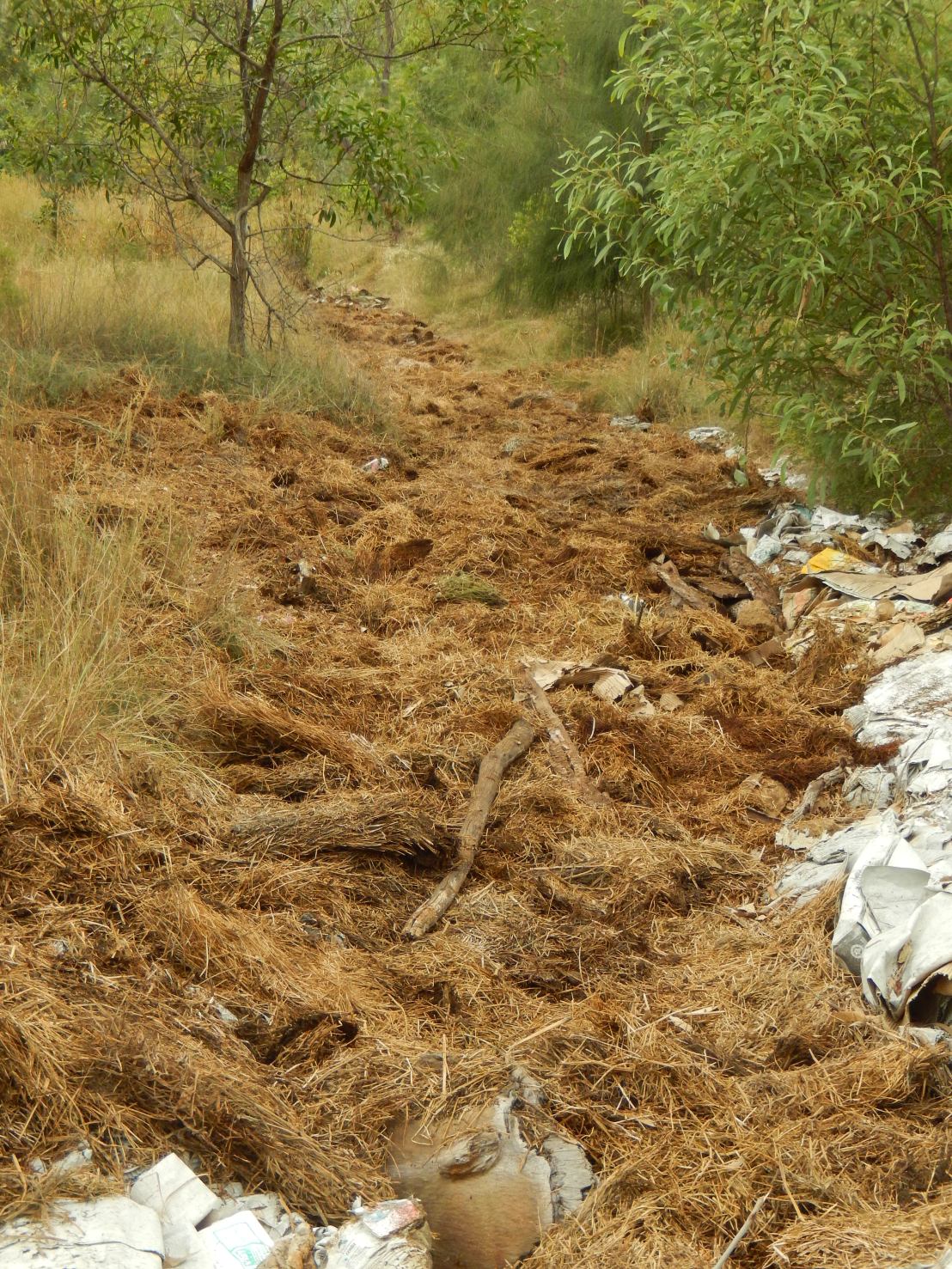 Since working bee part two was complete there has been some more work done on the swales. God’s Way is purchasing duboisia to fill the swales. Below are some photos of the swales beginning to be filled with duboisia.

Duboisia filling up the first swale 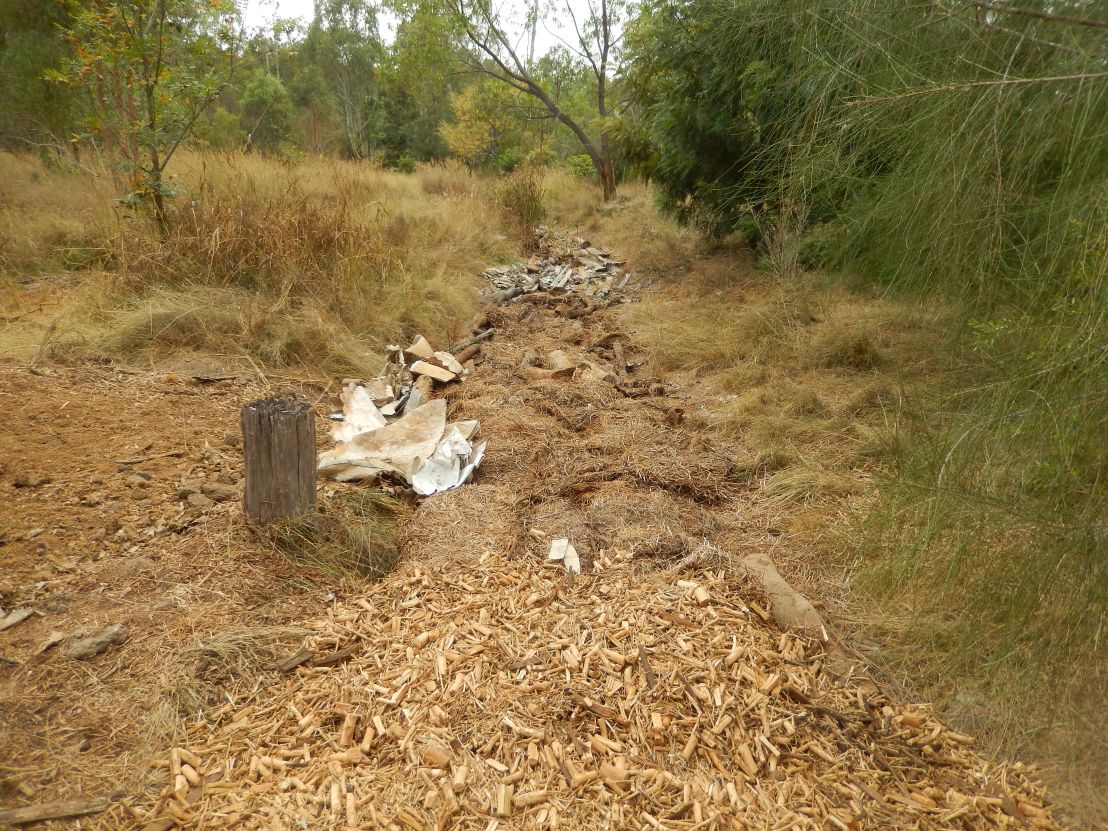 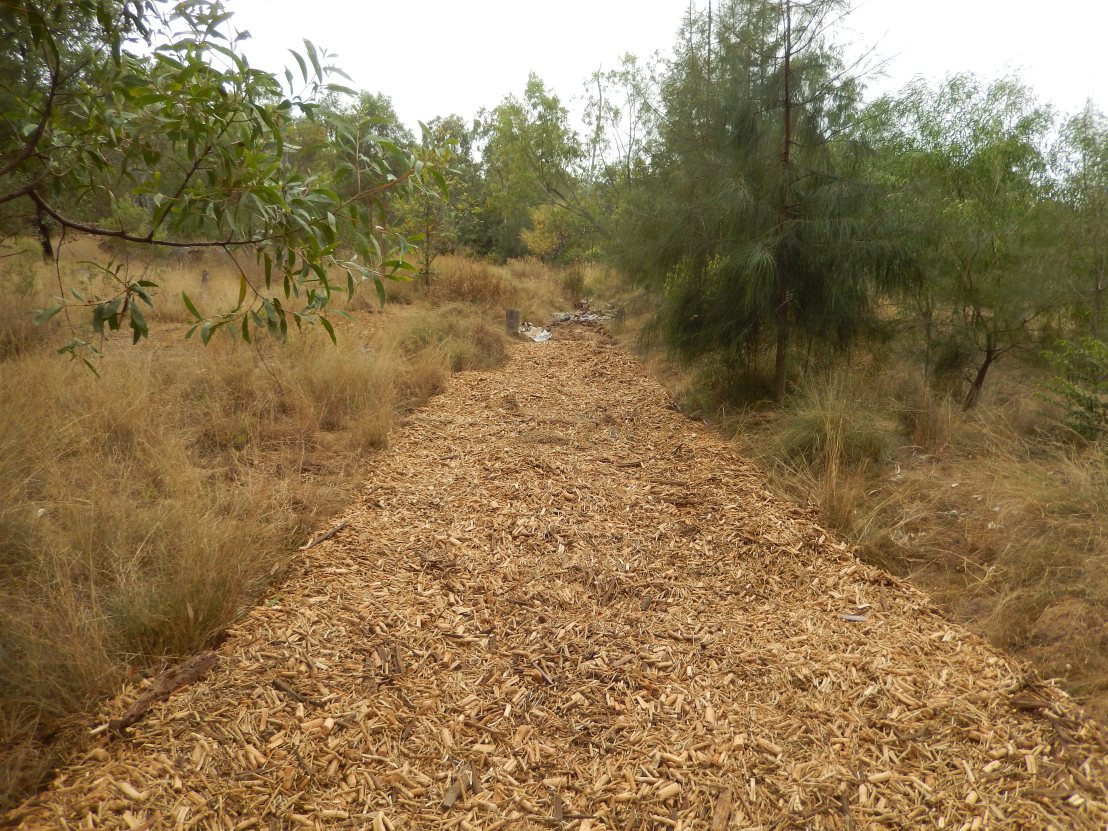 Road Maintenance at the front entrance to the Environment Learning Centre

Before and after front entrance images 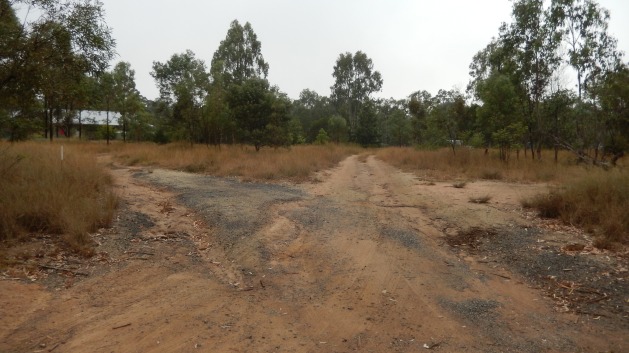 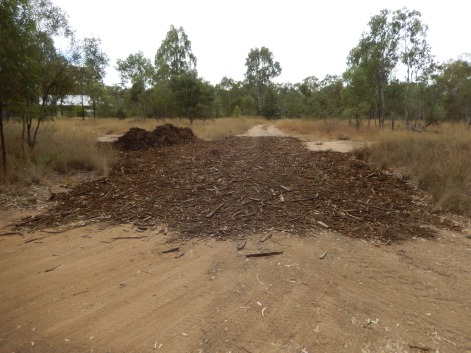 After front entrance is covered with wood chip

Before front entrence is covered with wood chip

After front entrance is covered with wood chip 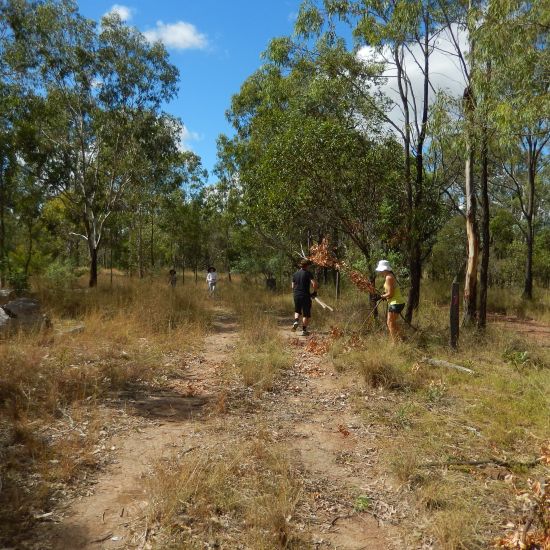 after working bee 1 was completed

The participants in the Selection Project will have one more working bee to finish off dismantling the woodpiles in the remaining swales before the end of the project.

God’s Way will have on going working bees at the Environment Learning Centre to maintain and upgrade tracks and roads that will be driven on and used regularly.

Until next time all the best,